The Village of Pinecrest is on the younger side of municipalities around the city, however, has quickly made itself a force to be reckoned with. Comprised of just under 20,000 residents, the eight square miles of it’s town has housed some of the most beautifully landscaped homes, as well as some of the most affluent people. In just it’s short time span, The Village of Pinecrest has been nationally recognized as a Tree City, USA, a Playful City, USA and a Community of Respect. “In 2011, the South Florida Business Journal recognized Pinecrest as one of the ten best places in Florida for “quality of life.”

Originally serving as the staging area for Henry Flagler as he planned out the railroad tracks and other economic developments, the area quickly began to make it’s growth in the 1930’s. A notable park of the community and culture was the establishment of the Parrot Jungle and Gardens, which became a high tourist attraction, including the likes of Winston Churchill. Although it now goes by a different name – Pinecrest Gardens, it still received it’s National Register of Historic Places designation in 2011. During the ’50’s and ’60’s, the area became a popular ranch-styled residential home area, situated on acre lots. This allocation of space has separated itself from surrounding areas, and has remained true, for the most part, today, and allows for the rich vegetation and landscaping. The Village of Pinecrest has it’s own police, parks and recreation, building and planning services, and public works.

From a real estate perspective, Pinecrest is a fantastic location to live. Having formerly house former governor Jeb Bush, it serves as a beacon for the more affluent residents. The immense amounts of land allocated per home comes at a premium, given it’s rarity in this area of Miami. While the village does not have any relations to international businesses or cities around the world, yet, Pinecrest is quickly winning the hearts of those who seek privacy, and newer built homes and construction with their top of the line interiors. Having just made their twenty-year mark, although the size of the village may not grow, the value of staying that small is priceless. recently, residents are also privy to their own app, where they can even report issues, complaints, or find out general information about events. 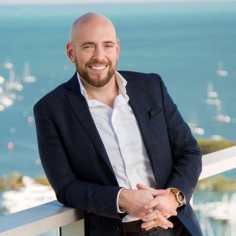